Rock Action, an Album by Mogwai. Released April 24, 2001 on Southpaw (catalog no. Genres: Post-Rock. Rated #199 in the best albums of 2001, and #9524 in the greatest all-time album chart (according to RYM users). Rate Your Music is an online community of people who love music. Catalog, rate, tag, and review your music. List and review the concerts you've attended, and track upcoming shows. When you rate your music, the site's music/social recommender can recommend similar music and users with similar music taste. Download Mogwai - Rock Action (2001) [MP3 320] torrent or any other torrent from Mp3 category. 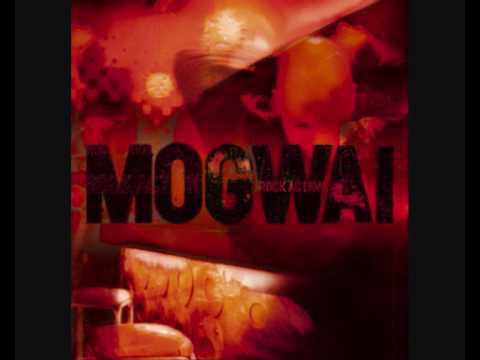 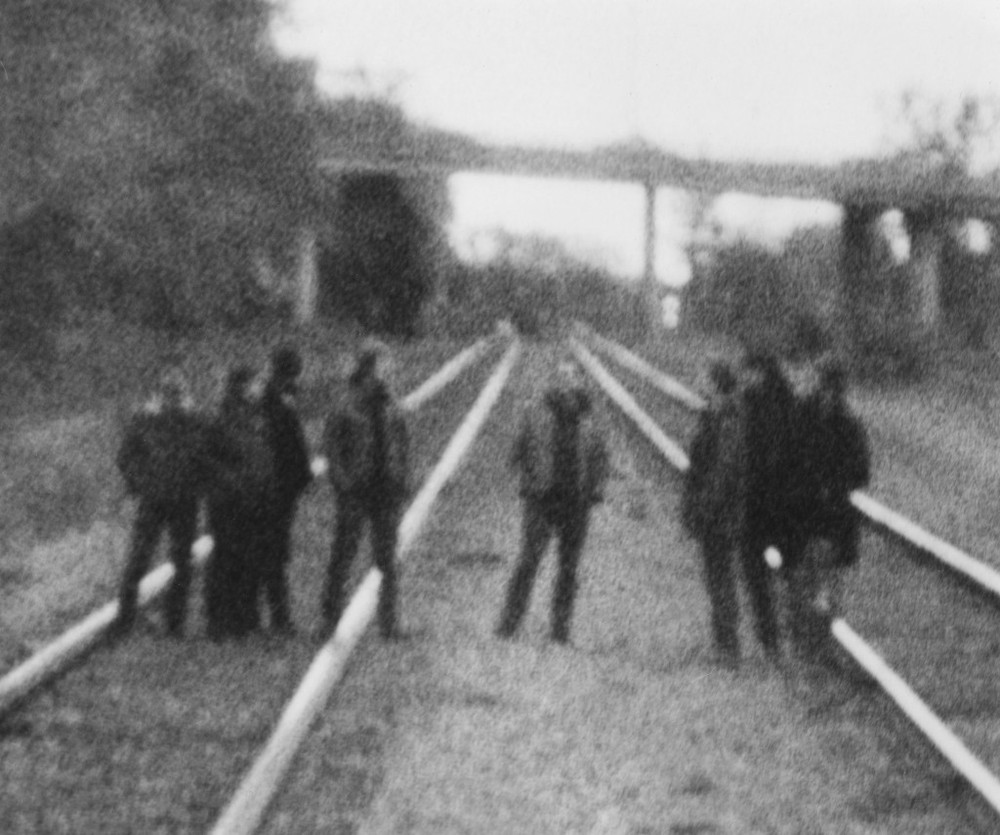 Central Belters is a three-disc (or six-LP) compendium celebrating 20 years of Mogwai.

In the vinyl-revival era, the box set exists for primarily completists and Record Store Day hoarders—by repackaging entire discographies in 180-gram reissues, they forsake curation for comprehensiveness. But in their initial '80s iteration as CD-stacked behemoths, box sets were actually designed for the casual fan. The earliest paragons of the format—Bob Dylan's Biograph, David Bowie's Sound+Vision—presented expertly compiled overviews of a veteran artist, weaving in hit singles, choice album tracks, rarities and live cuts to form a chronological portrait of their evolution. Sure, they could be prohibitively expensive, but in the days before you could access everything through a YouTube deep dive, box sets made life easy. When faced with the prospect of schooling yourself on an artist 20 albums deep into their career, a three-disc round-up of the best stuff offered maximum return for the least hassle.

So in that sense, there's something quaintly anachronistic about Central Belters, a three-disc (or six-LP) compendium celebrating 20 years of Mogwai. The Scottish art-rockers are ideal subjects for a box-set distillation—they've released eight proper albums, not to mention a handful of soundtracks and stand-alone EPs. They're the sort of reliable band—both in terms of line-up stability and rate of output—that's no doubt lost some old-school fans along the way, and picked up some new ones (2014's Rave Tapes was their first album to crack the UK top 10), so both camps could benefit from a refresher on what they've missed.

While Mogwai's means have changed over the years, the mood of their records has remained consistent. Pretty much every single Mogwai track resides somewhere on the spectrum between rainy-day melancholy and blood-boiling rage; the only laugh to be had in their discography is in the title of 2003's Happy Songs for Happy People. But they've been so good at recreating that despairing atmosphere on an album-by-album basis, that it's easy to overlook how much they've actually deviated from their formative script. Mogwai are an instrumental band, except when they're not; they're noise-loving sonic sadists, except when they're being tenderly delicate; they're slowcore saddos, except when they're making motorik synth-pop. They're a band you think you know, until you realize you don't recognize them anymore.

Mogwai have evolved in baby steps—each of their records has yielded a track or two that opens up new avenues for the band, without radically altering their essence. But the quasi-chronological, best-of compilation that comprises Central Belters*'* first two discs has the effect of making that transformation seem much more pronounced and dramatic. The set charts a mostly linear progression, from the stormy psychedelic surges of 1996 single 'Summer' to last year's neon-tinted dream-pop anthem 'Teenage Exorcists' (featuring Stuart Braithwaite's most unabashedly melodic vocal performance to date), but emphasizes the aesthetic outliers in their canon. On any given Mogwai record, the vocal tracks make up maybe 10 per cent of the tracklist; here, it's more like a third, lending this set a more vibrant energy than their albums proper.

Greatest-hits compilations in general are something of an endangered species, given that streaming-service playlists can now generate them for you, but there's still something to be said for getting a band's own take on what they deem essential. (To wit, the 'Intro to Mogwai' mega-mix on Apple Music features 25 songs; only 12 of them are featured among Central Belters' 34 tracks.) For one, there's a conspicuous lack of tracks from 1997's Young Team, the album that first brought the Glasgow group international attention and solidified their noise-rock bonafides. Yes, Young Team is ably represented by its seismic 16-minute closer 'Mogwai Fear Satan', but there's seemingly no room for its equally explosive counterpart 'Like Herod', a song that pushed the well-worn indie-rock quiet/LOUD template to atomic extremes. (Perhaps Mogwai have come to see 'Like Herod' as their 'Creep'—an early, simply structured, attention-seizing track to which they no longer feel a connection.)

A career survey of Mogwai feels incomplete without 'Herod', but, otherwise, Central Belters' first disc maps out the band's early peaks: the sad-eyed space rock of 'New Paths to Helicon Pt. 1', the creeping, tension-tweaking build of 'Christmas Steps', the mountain-scaling triumphalism of '2 Rights Make 1 Wrong', and the chrome-gilded grandeur of 'Hunted By a Freak', which marked the breakthrough moment where Mogwai's epic canvases began to make room for a more finely tuned pop sensibility.

The second disc covers the era from 2006's Mr. Beastto last fall's Music Industry 3. FitnessIndustry 1 EP, over which the band's guitar-powered onslaughts gradually gave way to synth-driven experimentalism. Even with the benefit of a cherry-picked tracklist, Central Belters still can't mask the inertia that set in for Mogwai in the late 2000s, with tracks like Mr. Beast*'s 'Friend of the Night' and The Hawk Is Howling'*s 'I'm Jim Morrison I'm Dead' following a well-trodden path from desolate piano meditation to cymbal-crashing climax. However, the robo-Pavement groove of Hawk highlight 'The Sun Smells Too Loud' points the way to the electro excursions of 2011's Hardcore Will Never Die But You Wil**land last year's Rave Tapes, wherein Mogwai toyed with cruise-controlled Krautrock ('Mexican Grand Prix', 'How to Be a Werewolf') and sci-fi soundtrack ambience ('Remurdered'), and seemed to genuinely loosen up after so many years of painstaking post-rock crescendo-climbing. And with the aforementioned 'Teenage Exorcists', Mogwai proved themselves capable of writing a proper pop song, even if it took them nearly two decades to figure it out.

Central Belters' third disc is given over to B-sides, EP deep cuts and outtakes, but compared to the carefully curated, crafty sequencing of the first two discs, it feels randomly cobbled together. And though it zig-zags between eras—encompassing everything from the elegiac Come On Die Young era castaway 'Hugh Dallas' to the band's ragged 2008 collaboration with Roky Erickson, 'Devil Rides' to a sampling of their Zidane and Les Revenants soundtracks—the overall tone is more dour and mournful. All but one of these tracks have been officially released (the exception being the loungey, laid-back instrumental 'D to E'), so it's hardly some unearthed treasure trove that warrants a separate presentation. Integrating these tracks into the chronological greatest-hits sequence would've made for a more satisfying overview.

But then that would've meant dropping the disc three finale—the 2001 single 'My Father My King'—halfway through the collection, and it's the sort of song that's nigh impossible to follow. A perennial Mogwai show closer, 'My Father My King' is the band's wordless cover of the traditional Jewish prayer 'Avinu Malkeinu', and it's biblical in every sense of the word, using the hymn's dual circular melodies to form a cyclonic 20-minute scorcher. It's the Mogwai song to end all Mogwai songs—and, really, the band never attempted anything as audacious, or brutally savage, from that point on. Its late-game appearance here reinforces Central Belters' raison d'etre: to trace the throughline between Mogwai's old and new testaments for lapsed fans and new converts alike.