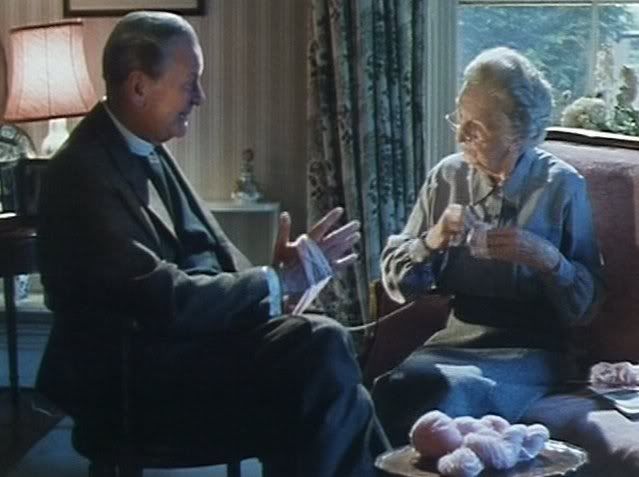 Jump to navigationJump to search
This article is about the ITV series. For the fictional character, see Miss Marple. For the 1980s BBC series starring Joan Hickson, see Miss Marple (TV series).

Agatha Christie's Marple (or simply Marple) is a British ITVtelevision series loosely based on the books and short stories by British crime novelist Agatha Christie. The title character was played by Geraldine McEwan from the first to third series, until her retirement from the role, and by Julia McKenzie from the fourth series onwards.Following the conclusion of the sixth series, it was announced that the BBC had acquired the rights for the production of Agatha Christie adaptations, suggesting that ITV would be unable to make a seventh series of Marple.[1][2]

Each series consists of four feature-length episodes, except series six which only has three episodes. The first six episodes were all adaptations of Miss Marple novels by Christie. Subsequent episodes were derived both from works featuring Miss Marple but also Christie novels that did not feature the character. The title of the series removes the word Miss from Miss Marple, to match the title of the Agatha Christie's Poirot series.[3]

Agatha Christie's Marple follows the adventures of Miss Jane Marple, an elderly spinster living in the quiet little village of St. Mary Mead. During her many visits to friends and relatives in other villages (and sometimes when simply being at home), Miss Marple often stumbles upon or hears about mysterious murders, which she helps solve. Although the police are sometimes reluctant to accept Miss Marple's help, her reputation and unparalleled powers of observation eventually win them over.

During her adventures, Miss Marple is aided by close friends, relatives, or other allies that she meets, which include Tommy and Tuppence - protagonists of another series of Christie novels.

The only character to appear in every episode is Miss Marple herself, played by Geraldine McEwan through series 3 and by Julia McKenzie from series 4 onwards.[4][5]

A few other characters appear in more than one episode, although they are not always played by the same actor. Exceptions are Joanna Lumley, who plays Mrs Dolly Bantry in The Body in the Library and The Mirror Crack'd from Side to Side, and Stephen Churchett, who appears as the coroner in four episodes.

Dr Haydock appears in three episodes, but is played by three different actors: Robin Soans in The Body in the Library, Robert Powell in The Murder at the Vicarage and Neil Stuke in The Mirror Crack'd from Side to Side. Jason Rafiel, an old friend of Marple's, was voiced by Herbert Lom (who also made an on-screen appearance as Mr Dufosse in The Murder at the Vicarage) in Nemesis and played by Antony Sher in A Caribbean Mystery.

The series also featured real-life characters: Winston Churchill appeared in The Sittaford Mystery, Noël Coward in 4:50 from Paddington, Louis Armstrong in At Bertram's Hotel, and Ian Fleming and James Bond in A Caribbean Mystery.

Christie wrote twelve novels about Miss Marple, all of which have been adapted for the series. They are:

In addition, a short story featuring Miss Marple, 'The Blue Geranium,' was adapted into a full-length episode.

Three others were modified by the show - 'Greenshaw's Folly' and 'The Thumb Mark of St. Peter' were combined into one story, whilst elements of 'The Herb of Death' were incorporated into the adaptation of 'The Secret of Chimneys.'

It ceased to be likely that the remaining 18 short stories would be adapted by ITV after the BBC bought the rights to produce Agatha Christie adaptations.

In Norway, the series has been airing on state broadcaster NRK1 as 'Miss Marple.' In Sweden, Marple airs on TV4, the biggest commercial TV station. In Poland, the series airs on Ale Kino+. In the Czech Republic it is broadcast under the name Slečna Marplová, the Czech for 'Miss Marple.'

In Brazil, the series airs on HBO Brasil.

The show has sparked controversy with some viewers for its adaptations of the novels. 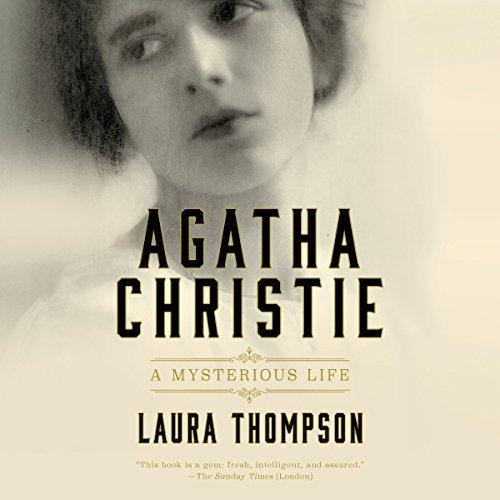 Series 4 was released in the UK in January 2010, before the airing of Why Didn't They Ask Evans? in June 2011. The fourth series was released in Region 1 in August 2009, after the conclusion of the broadcast on PBS Mystery!

Series 5 episodes The Mirror Crack'd from Side to Side, The Secret of Chimneys and The Blue Geranium were released in the US (Region 1) in August 2010. The remaining episode of the fifth series, The Pale Horse, was released separately in June 2011, coinciding with its broadcast on PBS Mystery! that year. Series 5 was released in the UK (Region 2) in June 2011.Series 1 to 5 were released in a 20 DVD box-set as 'Agatha Christie's Marple - The Collection' in August 2011 in the UK.

Marple was filmed in various locations, including London, the villages of Englefield in Berkshire, Chilham in Kent, Turville in Buckinghamshire and Blewbury in Oxfordshire. Windsor Guildhall in Windsor was featured as the fictional Melchester in Murder at the Vicarage. Highclere Castle was used in 4.50 From Paddington, Knebworth House was in used in The Adventure of the Christmas Pudding' and 'Greenshaw's Folly. Hatfield House was used as Chimneys in The Secret of Chimneys. Hambleden was used as St. Mary Mead and Dorney Court featured in The Body in the Library as Gossington Hall, home of the Bantry's. Fawley Court in Buckinghamshire was used as Stoneygates in They Do It with Mirrors and The Grotto was used as the exterior of the secret folly in Endless Night.[9] In Why Didn't They Ask Evans?, the Castle Savage scenes were largely filmed at Loseley Park near Guildford. A Caribbean Mystery was filmed in Cape Town, South Africa. The beach scenes were shot at Boulders Beach.[10] Scenes were filmed in Dorchester for Endless Night.[11] The exterior of Marina Gregg's house in The Mirror Crack'd from Side to Side were filmed at North Mymms Park. The cemetery in Nemesis was filmed at Waverley Abbey.